The daughter of two former teachers at Kenilworth School has presented its head with architect’s plans of the current 1960s building – which will be displayed alongside designs for the new school currently under construction in Glasshouse Lane.

The juxtaposed plans illustrate how school designs have changed from the heyday of the secondary system in the mid 20th century to the state-of-the-art eco-friendly designs which cater for the educational needs of the 21st century and beyond.

The plans were gifted by Kenilworth resident Alison Selwood, whose parents met while teaching at the school shortly after it relocated in the 1960s. 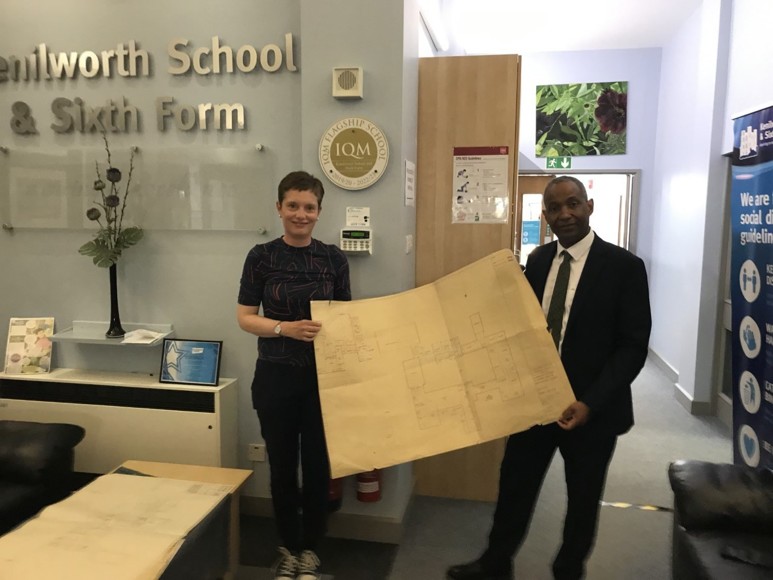 Alison Selwood, whose parents met while teaching at Kenilworth School in the 1960s, presents the original plans of the current school to executive head Hayden Abbott.

Her father Derek Price, who died recently, began teaching at an earlier incarnation of Kenilworth School in 1958 and was in the first cohort of staff to move into its new premises in Leyes Lane in 1965, then known as Abbey High. 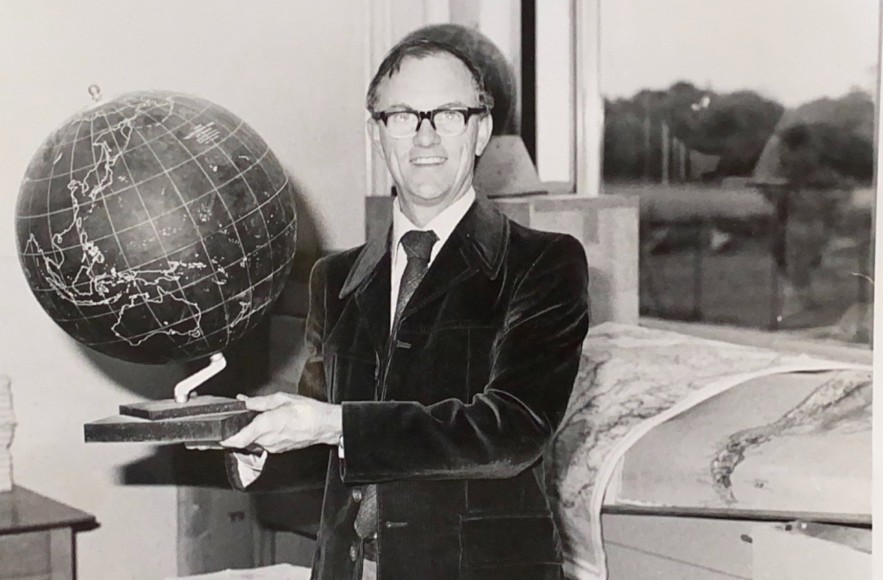 Derek Price, who was in the first cohort to teach at the current Kenilworth School building

This subsequently merged with neighbouring Kenilworth Grammar School, with the two buildings being given the names by which they are still known - Lower and Upper School.

One member of the current Kenilworth School staff, Hilary Hughes, who was a pupil at the time, remembers the budding relationship between Derek Price and head of humanities Audrey Satchwell.

“They married while I was at school, quite a romance I remember,” she said.

The pair met when Miss Satchwell joined the school in 1968, with their first date at the PTA Christmas dance. They married in 1970 and Mr Price continued working at the school until his retirement in 1995.

The couple’s connection with the school continued until very recently, with their granddaughters studying there, one following in her grandfather’s footsteps and studying at Nottingham University.

Executive head of Kenilworth School and Sixth Form/KMAT Hayden Abbott said: “The plans for the current school make for fascinating viewing. Abbey High School was part of the massive secondary school building programme taking place across the UK in the middle of the last century.

“As a snapshot of 20th and 21st century educational architectural modern history, the contrast between the plans for what was seen as a modern and forward-thinking design 60 or 70 years ago and the designs for our new school show quite a marked contrast.

“As well as noticeable differences in design and function, construction methods have improved vastly, with our new school full of features and materials designed to minimise our impact on the environment.

“Our new school, which is one of the largest new secondary school construction projects to take place in the UK, also contains state-of-the-art classrooms and specialised areas such as a drama studio and music room. The design of the buildings we currently occupy is much more basic in comparison and sadly no longer really fit for purpose, which is why we are moving to the new building in two years’ time.”